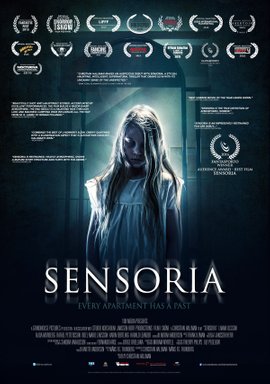 Christian Hallman and Grindhouse Pictures Sensoria, written by yours truly, is/was available on VOD in North America (on iTunes, Xbox, Amazon, Vimeo, et.al) through Toronto-based 108 Media and in Sweden and Scandinavia (on SF Anytime and Telia) through Njutafilms.

Released on DVD (Reg.2, with English subtitles) in Scandinavia by Njutafilms; as a Special Edition (Reg.1, jam-packed with bonus mtrl.) in North America, courtsey of 108 Media; also released on DVD in Japan; Germany (through AL!VE); Belgium and Benelux by Zeno Pictures.

The award winning soundtrack, by composer Frank Ilfman, is released through Screamworks Records, digital (iTunes, Amazon) and on CD.

Still curious!? Watch the trailer (and the teaser), check out the soundtrack (on Spotify or Soundcloud), join us on Facebook and be part of the experience.

Magnus Hedberg's From the depths of my heart (orig. Från djupet av mitt hjärta) also written by yours truly, was released in selected cinemas (and on VOD) in Sweden in May 2015 through Njutafilms.

The DVD (featuring a commentary track with- and a Behind the scenes-featurette shot, chopped and narrated by me) was released in August, 2015 courtesy of Njutafilms.

Check out the official trailer and the teaser trailer on YouTube.

...or seek out the production company Solid Entertainment.

Both posters designed by the talented Marcus Freij. 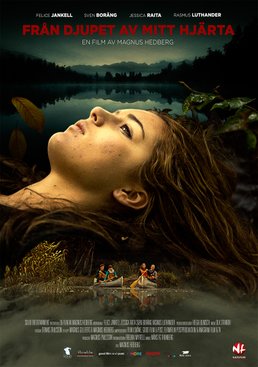