Until new things arrive, here's some old fodder from last decade that hit the big screen(s): 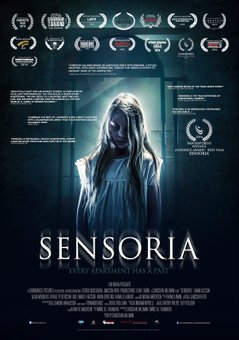 Grindhouse Pictures Sensoria (2015), written by yours truly, was produced and directed by Christian Hallman.

The World Premiere took place at Fantastic Fest in Austin, Texas (in Sept, 2015) and The European Premiere was held at FFF aka Lund International Fantastic Film Festival in Sweden (in Oct, 2015).

The award winning soundtrack, by composer Frank Ilfman, was released digital and on CD.

Sensoria also received a limited theatrical release in selected cinemas, in Sweden, during the fall 2017. It was even featured on a Halloween Double Bill, alongside Dario Argento's classic horror movie Suspiria, on October 31 at Kino in Lund.

Magnus Hedberg's From the depths of my heart (orig. Från djupet av mitt hjärta) also written by yours truly, was released in selected cinemas (and on VOD) in Sweden in May 2015 through Njutafilms.

The DVD featured a commentary track with- and a Behind the scenes-featurette shot, chopped and narrated by me.

Check out the official trailer and the teaser trailer on YouTube, or visit the Imdb, Facebook and Wikipedia page.

Both posters designed by the talented Marcus Freij. 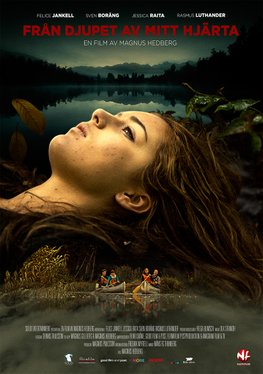